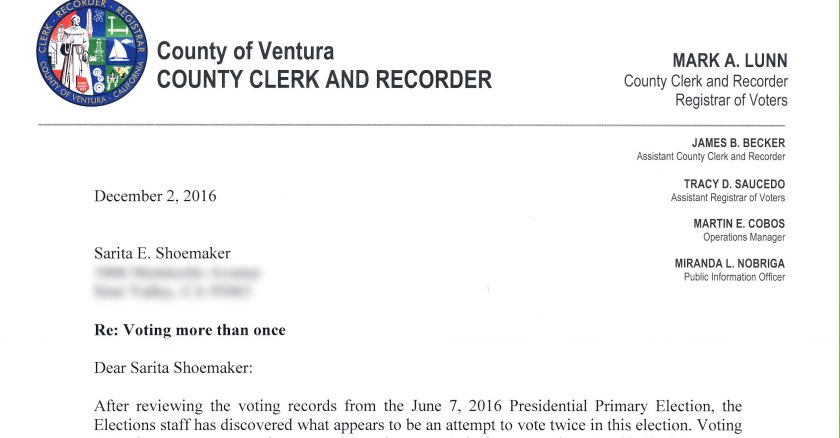 I was not the only person to have trouble at the Primary’s this year.

Did anyone else get this letter? 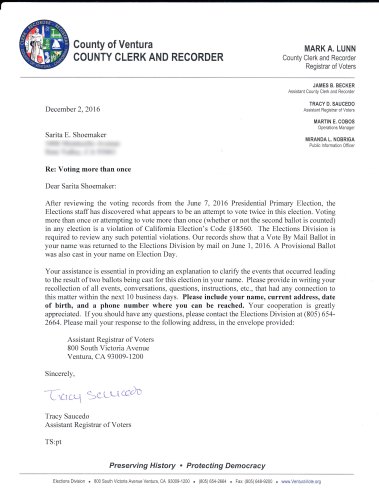 Here is my response…I would LOVE to hear from anyone that had this same letter and experience.

Subject: Accused of Voting TWICE in the 2016 Primary Election

Thank you for your alarming letter I received Thursday December 8th, 2016.

I am more than happy to explain my “voting experience” this year.  As you can most likely see, I have been a voting citizen since I was given the privilege to cast my vote.

This privilege is very important to me and I spend time reading all of the Voter Information that is sent to me.

I don’t know how two ballots could have been received for me.  I did not Vote twice.

Unusual behavior did start in the Primary for me though.

Here is what I can best recollect, starting then.  Mind you, I have NEVER had so much confusion connected to voting and I made it known IMMEDIATELY to the Officials at my Primary Voting Site.

I got my Primary paperwork and brought it with me to my established Polling Location (the Simi Valley Public Library).

I arrived EARLY (which is my usual plan).

My name was NOT on the list, yet I was holding the pamphlet and Polling Station information.
There was no one there to help figure this out.  I was handed a phone number to call and figure out what to do.  I couldn’t get through – the lines were jammed.  I went back into the Polling Station and someone told me the District Manager (I think that was the title, it was explained he was in-charge of all of the neighborhood polling stations) would be arriving very soon.  I sat on the steps of the Library waiting for him and continued to dial the Voter Hotline (never getting through).

An older gentleman arrived and determined I would fill in a Write-In Ballot.  He brought me into the Polling Station and the people checking voters in gave me a ballot then took my information down.

While I was there, by the way, I met 4 or 5 more people with the same exact situation.  They were registered ______ and their names  were not on the list.  Later in the day I talked with 3 other people that said the same thing had happened (I did not ask them what their Party was).
It was completely fishy, in my opinion.

I cast my vote and took the slip that was torn off.  I was concerned my vote would be counted and told to check the number on the ballot later in the day.  Approximately two days later I went online to check the code that was given to me and it said my ballot was received.  I forgot all about that.

Sometime in-between the Primary and Nov 8th, 2016 (closer to the Primary) I decided I wanted to change my Party.  So I went online and followed the directions.

I cannot remember if I chose to “Write In Vote” or not.  Personally I feel it is important to go to the Polling Station in person, thank the Volunteers, cast my votes, thank the Volunteers again and proudly wear my sticker I VOTED.  When you write-in, you don’t get the sticker.  I’ve collected these over the years with my Ballot Tabs and I have them somewhere in my storage.

I got myself educated on all of the Candidates and Issues using the Voter Manual (I cannot remember what it is called).

On November 8th I went to my Polling Station (Township Elementary) and cast my votes with my daughter.

No where between the Primary to November 8th did I send in my Ballot or Votes.
I do not remember what Party I was categorized in when I arrived at Township on November 8th.  I do know my name was on the list and I was crossed off.

I walked home with my daughter and that was it.

I hope this helps.

My husband, by the way, DID get a Write-In Ballot which he returned on time.

Feel free to call me if you need to:  phone number 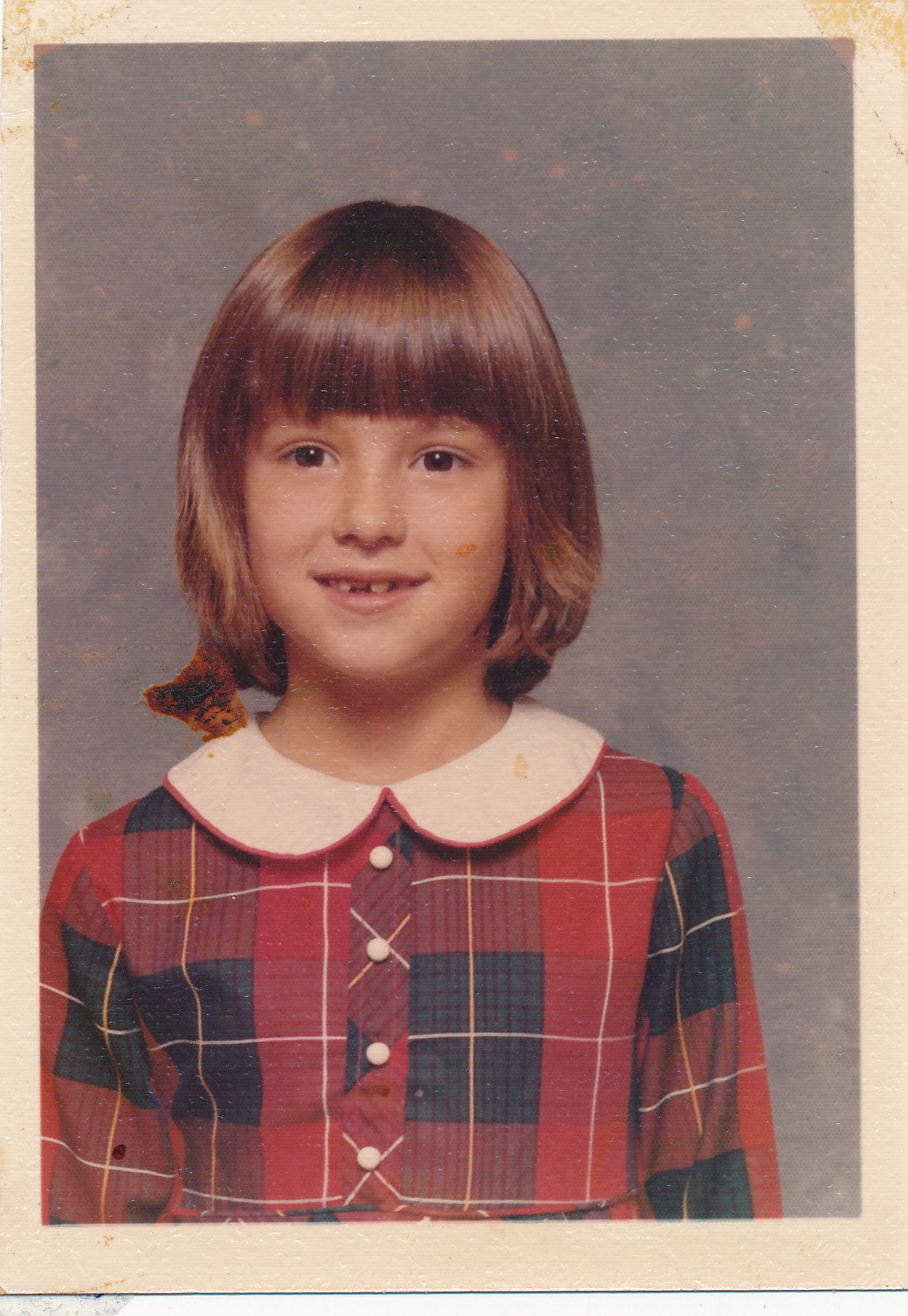