Today (Monday June 26th, 2017) we did not wake up planning to spend all morning installing a fuel pump.  Well, I did not anyway.

The fuel pump went out at the start of our stay at Stayton Acres and we had flooding twice in the bathroom.

That sounds so dramatic.  Our bathroom is super small and technically you could consider a cup of water spilled on the floor “flooded”.

This flooding was because the pump was malfunctioning and wouldn’t stop water from filling the tank for fresh water. Some small part of the system was broken.

It made awful sounds and we woke to puddles of water.  Not good.  I think the number one killer of RV’s has to be water.  Luckily ours was about 1/3 cup spread over the 2′ x 3′ space.

I’ve noticed Randy has said, “Oh shit” a lot lately.  It’s for both bad and good situations.  Since it was 3:45am I knew it wasn’t a good one.  He quietly mopped up the water not even swearing once.

Later in the morning after camp classes Randy called the manufacturer and was shocked to have next to instant help resolving the issue.

It arrived about a week later (we were cool because it worked but just had to be jerry-rigged not to flood).  We had a great set up at Stayton Acres’ South 40 aka  the edge of their avocado grove.  We were dry camping with full use of the pool house with a blasting awesome shower (full bath).  We feel SPOILED!

The day had come.  We are leaving this Friday and need that water pump working.

We got home from teaching classes at 8:30am and scrambled to eat breakfast.  I began my daily cleaning routine and Randy began the pump repair.

Three hours later (and many trips in and out of the bathroom) Randy informed me that we would have to take the trailer to Conejo RV so Mike could repair the pump.  There was a freaky screw that had embedded itself deep into the rubber seal at the base of the pump.  The space was microscopicly small and he could not get leverage to remove it.

Meanwhile my mind was racing on how in the world this was going to workout.  Getting into Conejo RV is NOT simple.  He is a very good mechanic and his time is always booked.  It was generous he was taking us on Thursday.

We did not know how long it would take which brings a big problem into our lives: where would we live while he held and worked on our RV?

I messaged Missy letting her know we were likely going to have to leave earlier than planned to get the pump fixed.  Ugh.

Joe arrived a little later to look over the situation and lend a hand with advice.  From his years working for the city of Los Angeles he had dealt with plenty of “impossible” mechanical tasks.  He first said to WALK AWAY FROM IT for a while rather than trying to push it through.  Take a break and do something else.  You will drive yourself nuts otherwise.

Randy gave him the details and showed him the screw and its lodged in spot.  Joe told him he could handle this – he gave him a push in the right direction.

It was 100 degrees out (ok, maybe 86…but HOT in the trailer even with the AC running) and Randy went at it one last time.  Suddenly there was the sound of success from the floor of the bathroom!!!  He did it!!

He got that dang screw OUT and he easily replaced the part.  WE HAD A WORKING PUMP!

The proof is in the pudding.  It was time to turn on the water spigots and let’er rip.

I carefully turned the knob in the kitchen and after a few sputters and spits the water poured out and the pump began humming.

I love that my husband got back in the saddle and HANDLED the problem!  I love that Joe came in and gave him that push which I think had to help a bit.

We’re over a small bump in the road and avoided a completely awful situation. 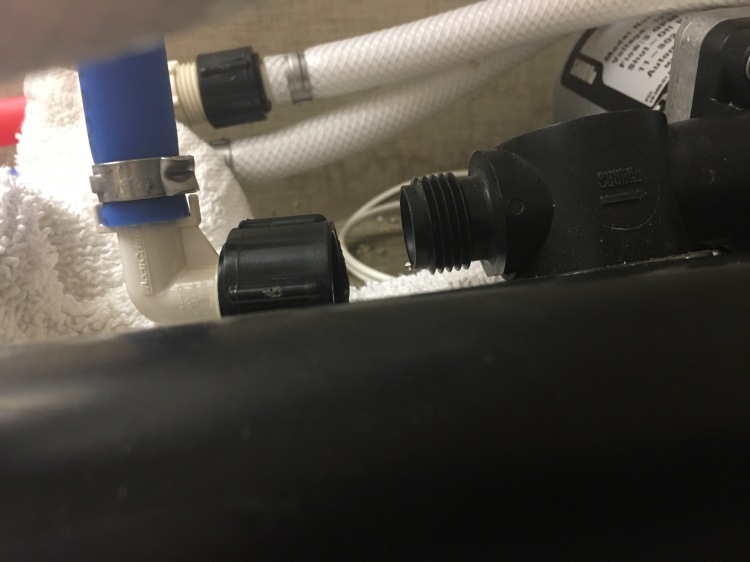 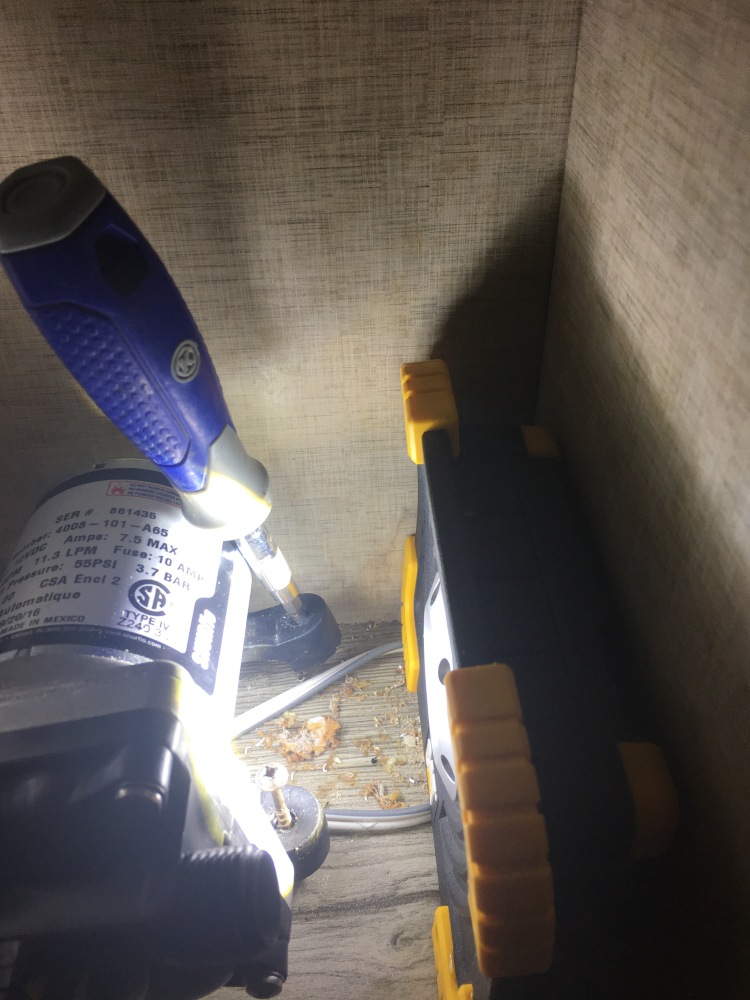 I love my kids, husband, pets, the Earth and family. My Top 5 feelings: gratitude, honor, honesty, respect, encouragement. Pretty certain this is how most of us would answer the prompt "About Me". Enough about me...how About You? View more posts